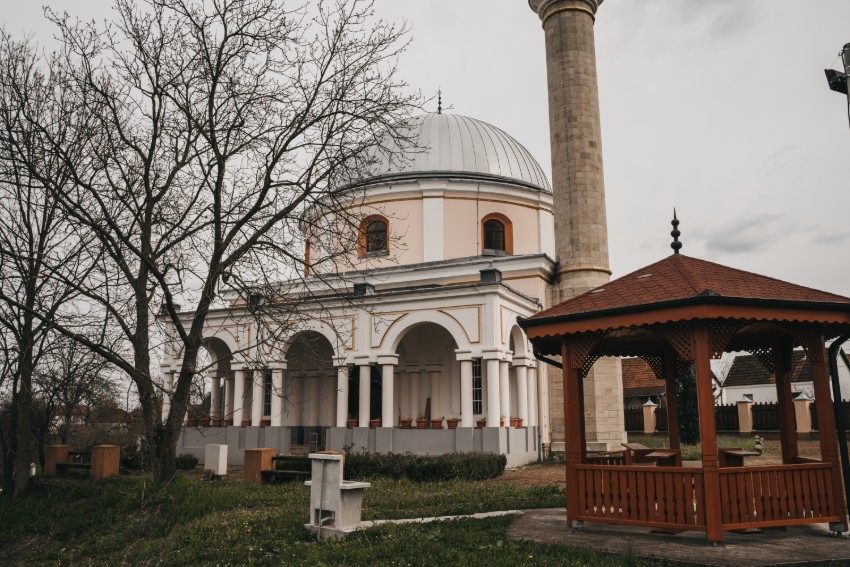 The Azizija Mosque is located in Brezovo Polje, Savska Street, about 14 km east of Brčko, on Brčko – Bijeljina  road. It was erected in 1862 out of funds from the imperial vault. The mosque bears the name of the Ottoman sultan Abd-ul Aziz. The building was built in Baroque style, with impeccable symmetry. The central aria of the mosque is dominated by a dome, lying on an octagonal tambour, with covered sofas and a stone minaret. The size of the mosque is 14.50 x 18.50 meters, and the height of the dome, measured from the floor to the top, is 17 meters. The tambour contains eight windows.  The graveyard is located next to the Azizija Mosque, with a lot of nišans (the upright monolithic stones on top of the Muslim graves) dating from the late nineteenth century. The mosque with its harem was declared a National Monument of Bosnia and Herzegovina.